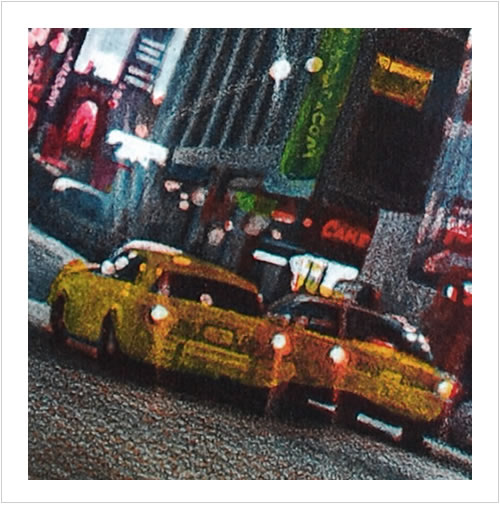 In his urban series, Werger presents a vision of an alluring but out of reach man-made landscape. Having grown up a stone’s throw from New York City, the urban environment is, to Werger, a seductive yet threatening otherworld. The aerial vantage point simultaneously suggests a godly inspection and the view from a police helicopter.

Seen predominantly at night, the city becomes a flickering pattern of light and color, people are either absent or reduced to the scale of ants. 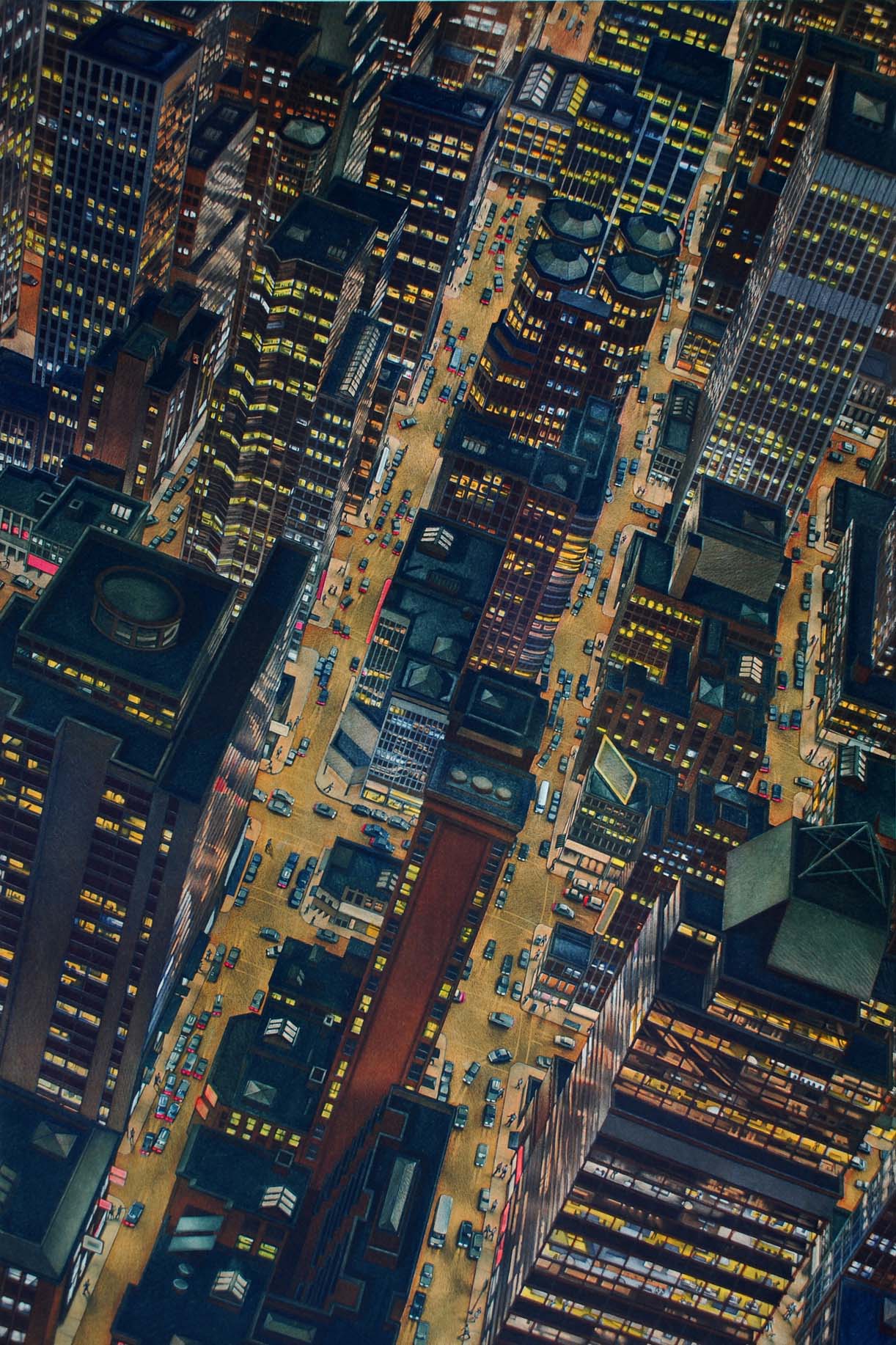 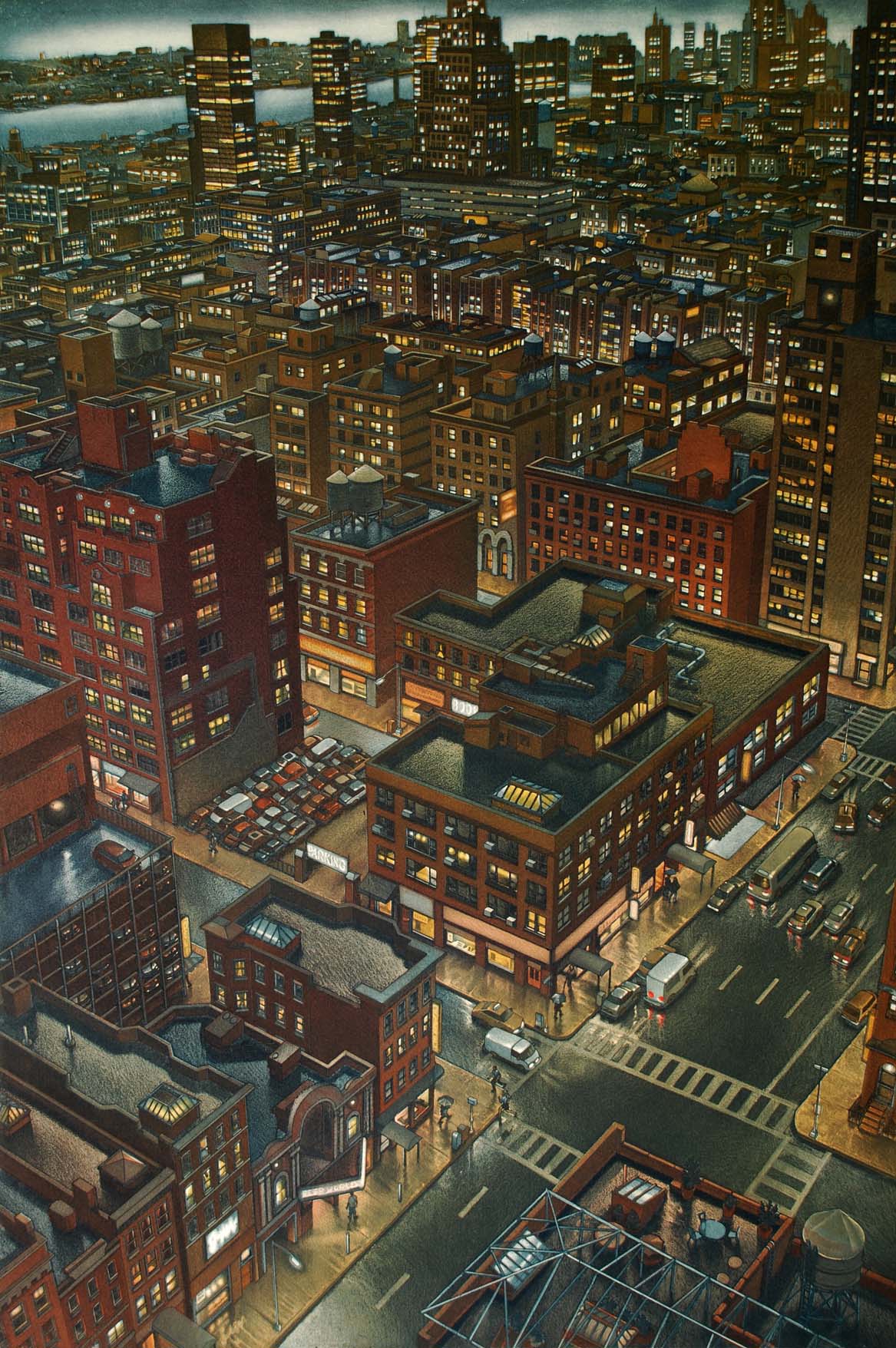 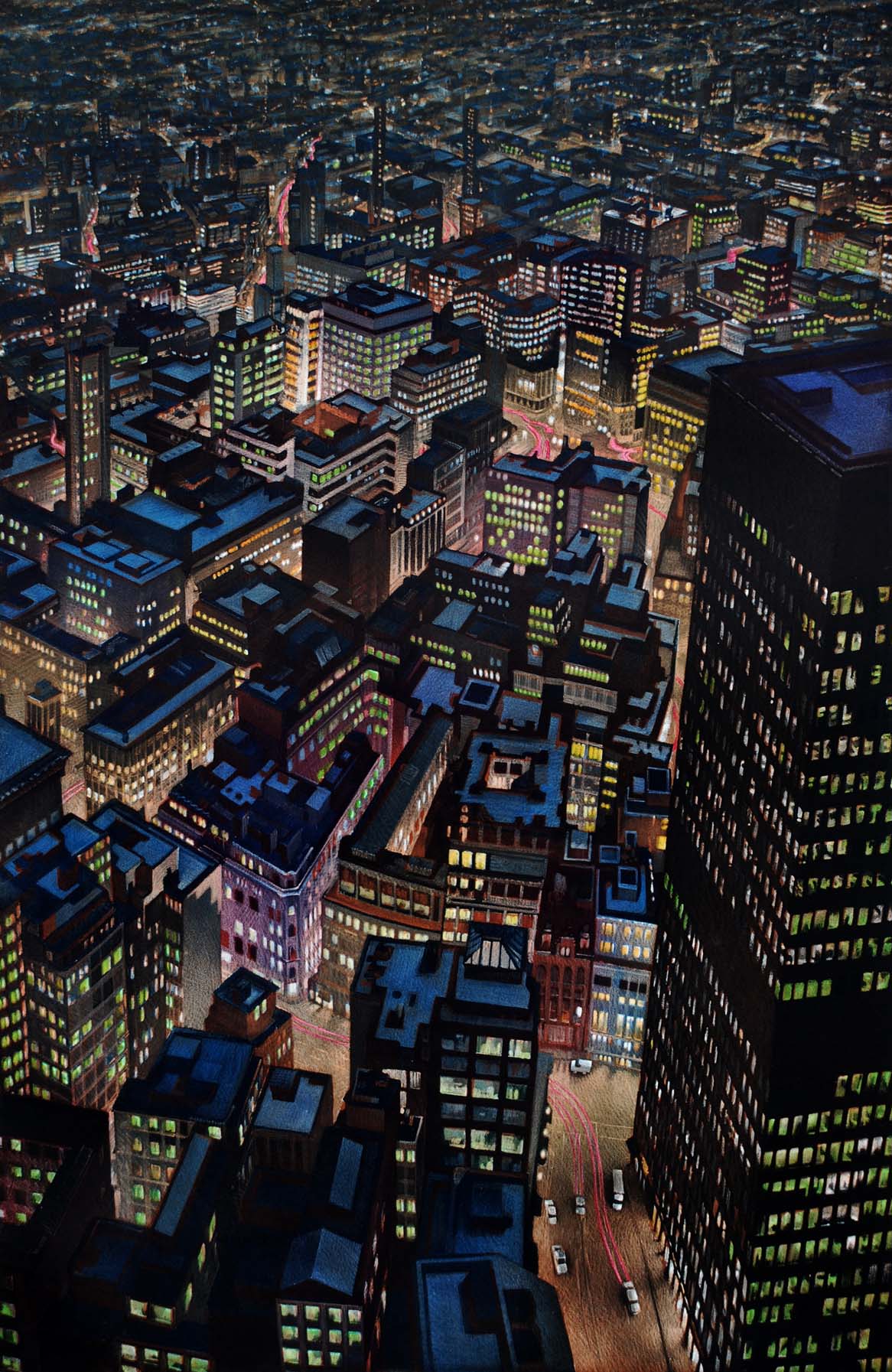 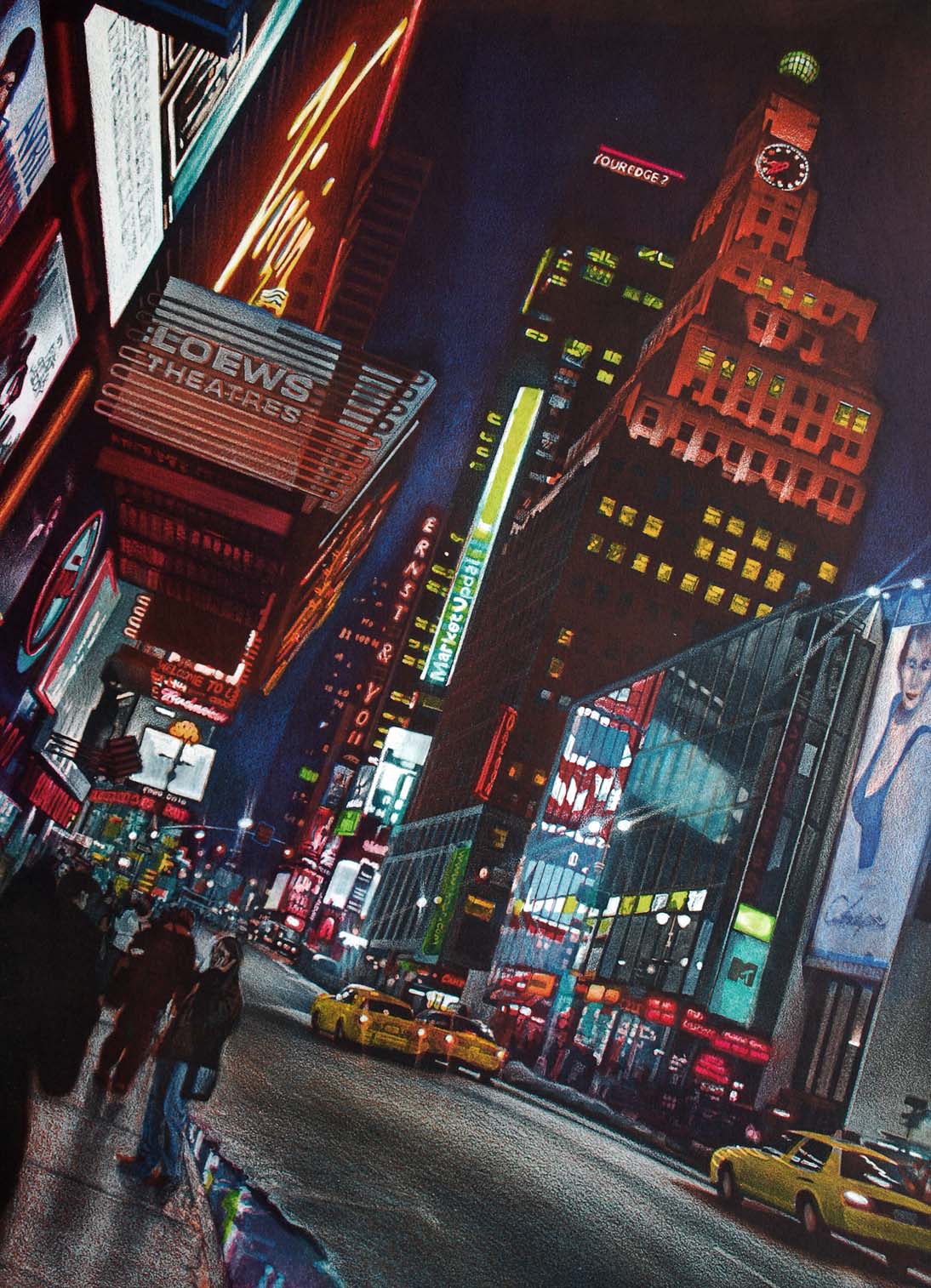 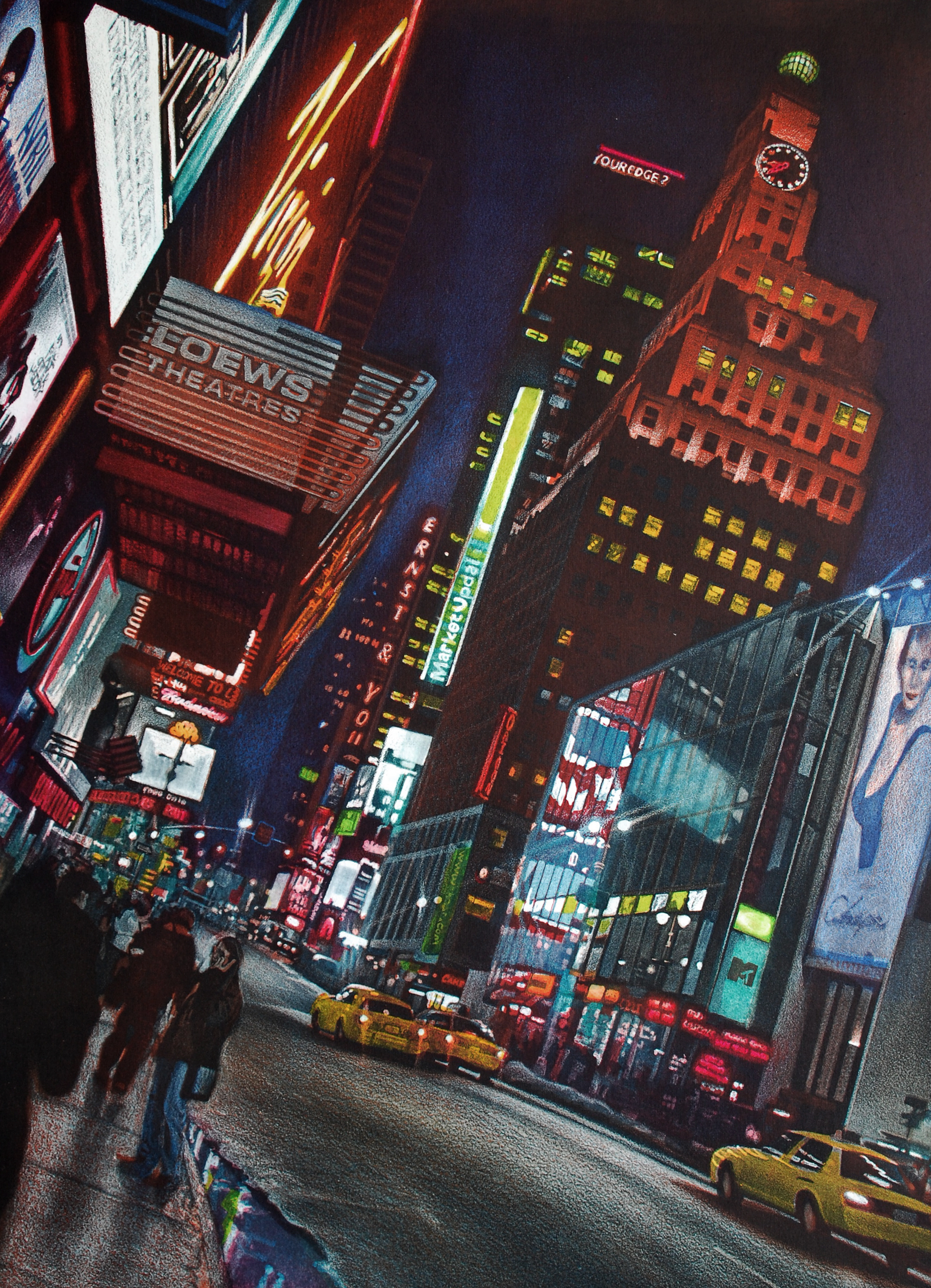